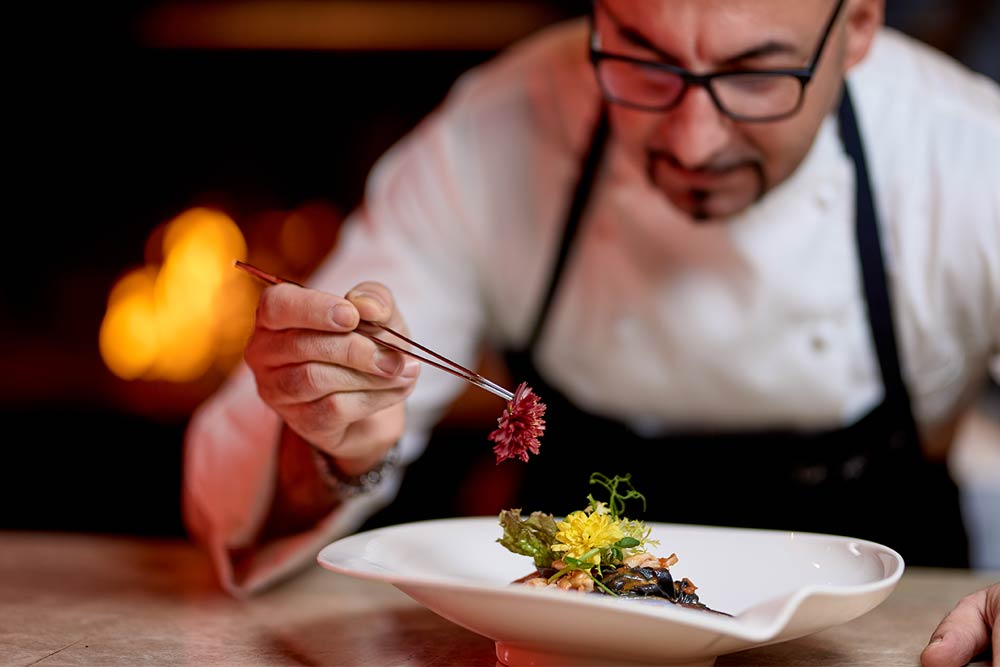 We are happy to announce that the Fabius team is joined by one of the best Italian chefs - Gianni Tota.

The mass media often mentions Gianni as a VIP chef because he worked as personal chef of many famous personalities, and he also was involved in the opening of their facilities: Richmond Restaurant, Doriani Montenapoleone Restaurant, Yacht Club Costa Smeralda (Porto Cervo).

In 1999 he was the personal chef of the Inter football team.

Gianni Tota worked on many occasions in the Fashion Quarter in Milan in the most famous venues. He worked as executive chef in the network of five-star hotels Boscolo Hotel. That was the place where he met Anna Wintour. She has very much resemblance to the main character of the movie "The Devil Wears Prada". Anna lived in the hotel for two weeks, and Gianni was her personal chef during that time. Anna did not have any special requests, like the Williams sisters who once asked to cook a dish exclusively of flowers – the food she prefers is simple and natural.

Furthermore, three years Gianni was the personal chef of the Buddhist monk Dalai Lama in Italy. He was the only person who had the right to touch his food while the Lama traveled in Europe.

Gianni adores cooking, and that is why he was just 16 years old when he had his first professional training in Switzerland under the guidance of Giordano Ponti.

For Gianni Tota, kitchen is the place of inspiration. In his dishes, Gianni makes an emphasis on natural taste of each ingredient, and thus he prefers not to add salt to them. Because salt often hides real taste. He loves cooking and believes that the taste of his dishes is like a kiss - the more you taste, the more you want.

His signature dish is risotto. Gianni prefers to combine hot with cold, soft with crunchy. And this is why a guest tasting his dishes will experience an explosion of flavors.

In Italy Gianni Tota received many awards and titles, two of which for his signature risotto.

It won’t be long till Fabius menu includes new most delicious signature dishes from Gianni Tota. Come to taste them!

Fabius – more than just a restaurant!